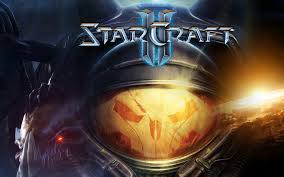 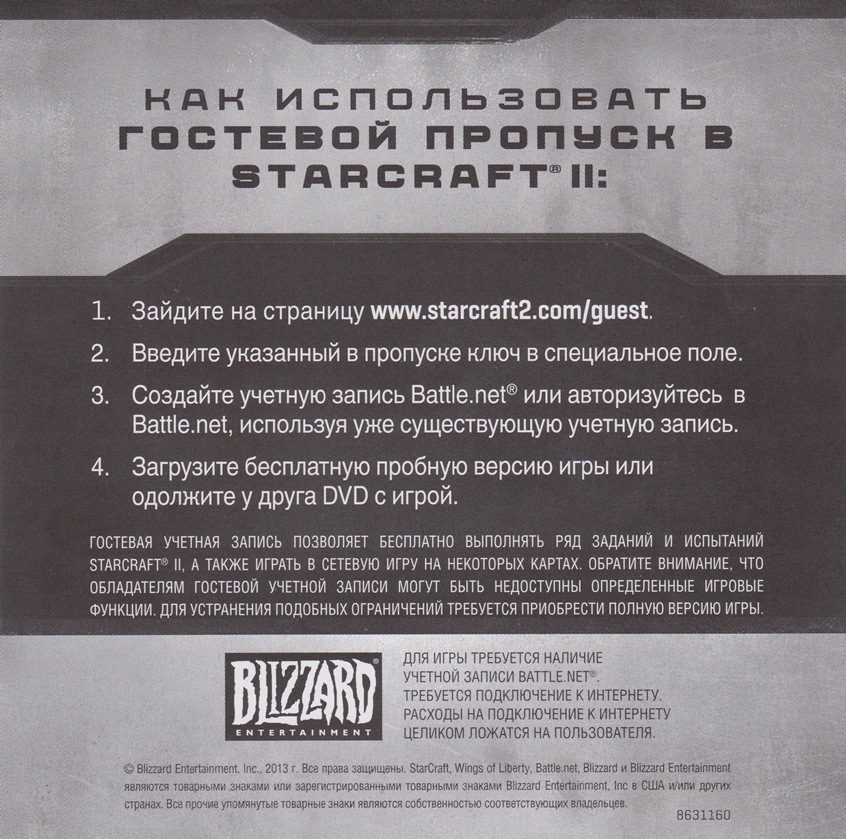 The sale of this product is suspended.

VA7YA information about the seller and his items
offlineAsk a question

This key allows free play StarCraft 2: Wings of Liberty for 7 hours, or 14 days after the activation key - is terminated at the end of any of these terms.
Start version gives access to the first five missions Terran campaign, and playing against the computer. In addition, the players with the starting versions will be able to gain achievements in the mission home version, as well as enjoy the many features the map editor.

Owners of the full version of StarCraft II can join the owners of the starting version of your game on the cards for the home version. These cards are marked with a special symbol when choosing a card. In single-player mode and a game mode in Custom Game can be played just for Terran. You can not add up the AI difficulty level of "Apprentice" when creating their games.

Players starting versions may not:

Use the search group.
Play offline.
Communicate in public channels of communication.
Join and create clans.
Post card in Arcadia.

STARCRAFT 2: HEART OF THE SWARM US + BONUS FOR FEEDBACK